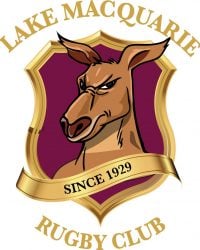 Lake Macquarie Rugby Club ‘LMRC’ (previously known as Boolaroo) was formed in 1929 by Henry (Batch) Jones, who entered a team in the Newcastle 3rd Grade Competition. The team was mainly made up of soccer players. They were successful in winning this competition in their first year. Batch, one of the finest front row forwards produced in Newcastle, represented Newcastle forty seven times, playing against every touring team from 1925 to 1933.

Batch Jones would have been very proud of LMRC’s achievements. LMRC has been held in high regard in Rugby circles throughout the State and it is hoped that LMRC will continue to play its part in making Newcastle Rugby Union one of the strongest Unions in NSW if not Australia.

Over the years we’ve won numerous trophies and premierships and have had players who have gained representative honours, representing Newcastle, Country and NSW.